not your usual 3 pigs

Once... in a quiet little village, there were 3 low environmental impact houses. One of straw, one of twigs and one of bricks.. (the bricks were recycled from a highly protested demolished landmark) 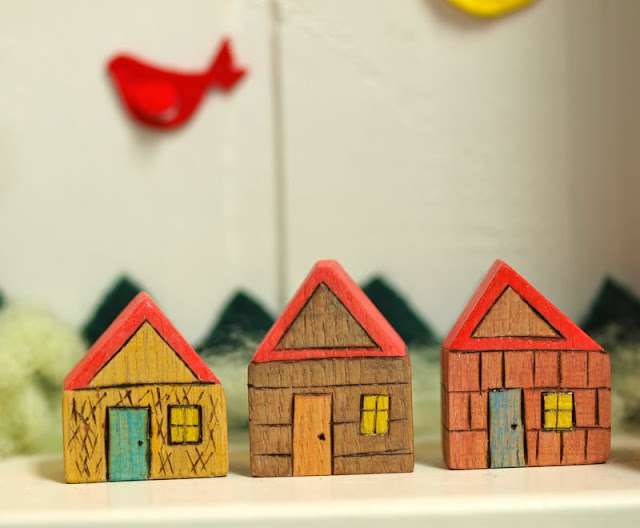 The owners of these homes returned from a day of shopping at the local organic farmer's market. 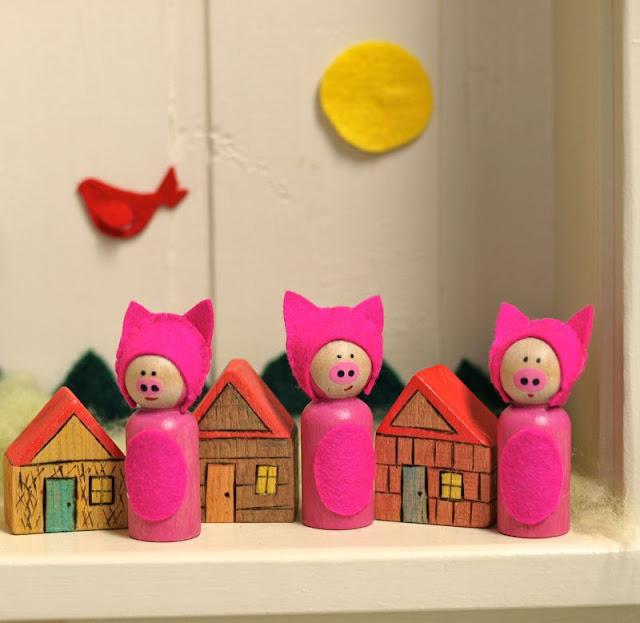 On the edge of the meadow, not far from the windmill, (which helped them off the grid) watched a lone, cranky wolf*! 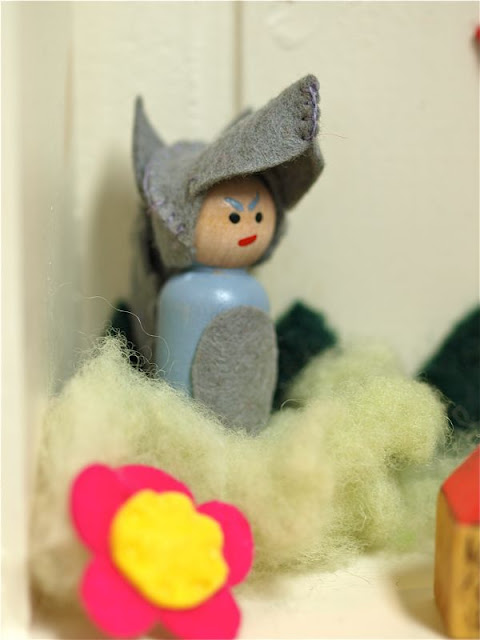 The oldest brother was worried to see the lone, cranky wolf nearby. The wolf was well known in the village and not very well liked! 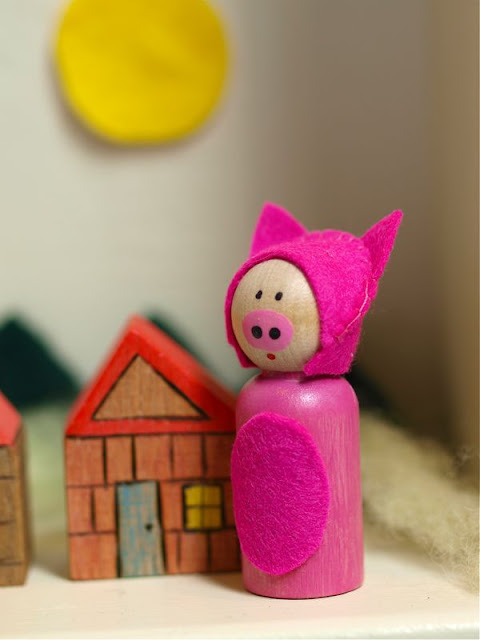 The youngest brother, the outgoing, extrovert, was not afraid at all. He bought extra quinoa and beets to help round out the vegetarian stew. 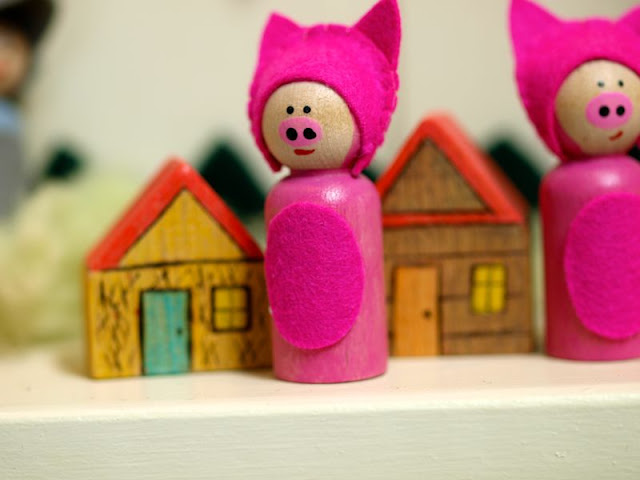 So there would be plenty to eat for all!
And the wolf would get his sugar levels back and wouldn't be cranky. He's pretty nice when he's not hungry. Sometimes, he even brings dessert. 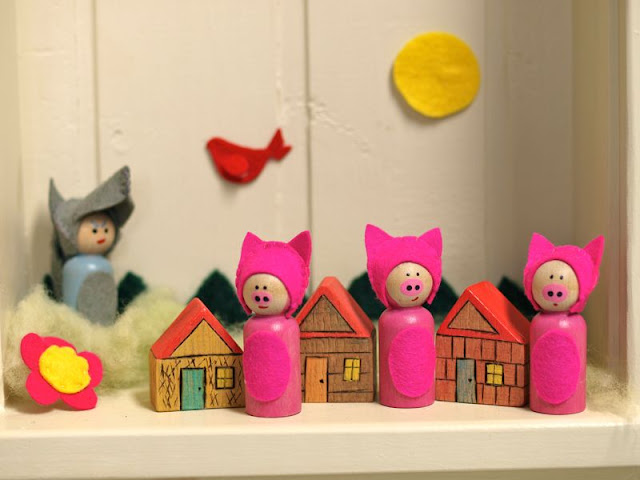 :}
* The part of the wolf is played by a character from Margaret's bookMaking Peg Dolls

Glad to be a part of The Magic Onions for Friday's Nature Table.
And Creative Friday at natural Suburbia

I used to be here

Amanda Pedro
Shelburne, NS, Canada
Hello. I'm a mother of 2, who loves to get crafty. I strive to create quality products for children's imaginations, love and comfort. I also make stuff for the big ones too! My recent passion is to repurpose wool sweaters to make comfortable accessory clothing and children's toys.